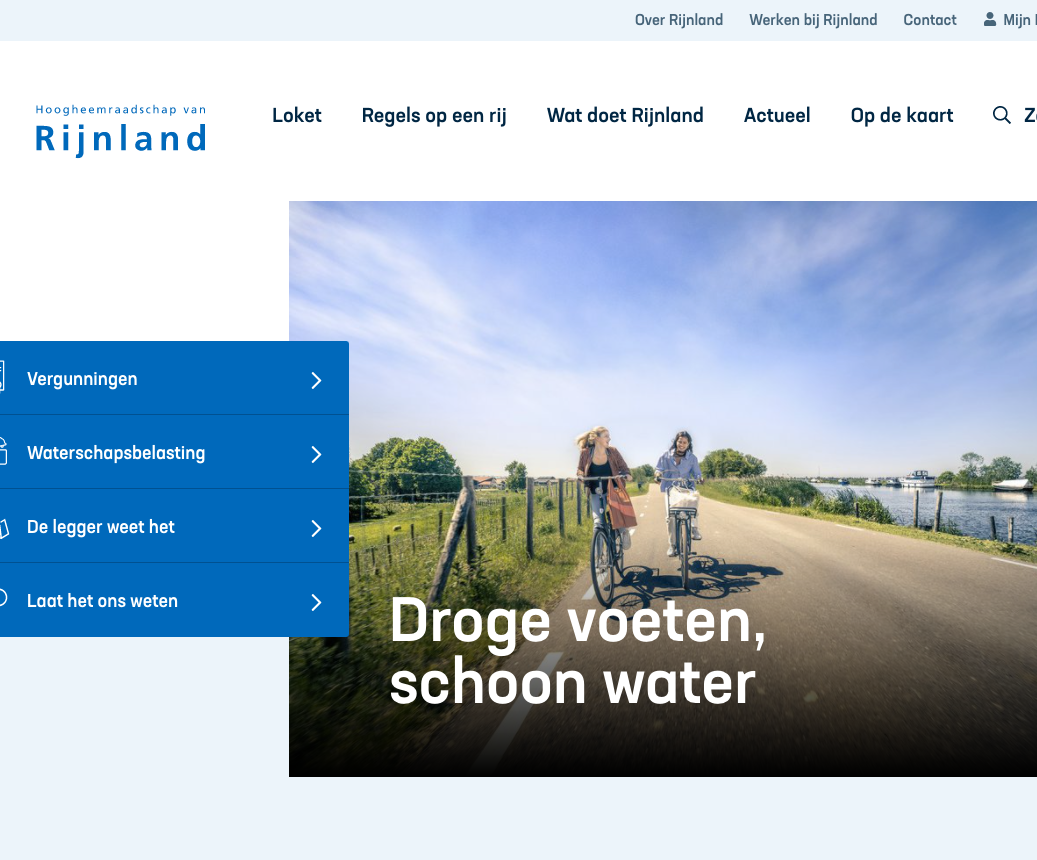 Made by Four Digits

The Hoogheemraadschap van Rijnland is the oldest water authority in the Netherlands, having received commission to coordinate protection of the land from flooding in 1248 from Count William II of Holland and Zeeland.

The council conducts surface water management activities in the area known as Rijnland in the province of South Holland. The Netherlands has 21 Waterboards or Waterschappen acting independently from administrative governing bodies to manage Dutch water control activities among witch the fine-mazed polder systems.